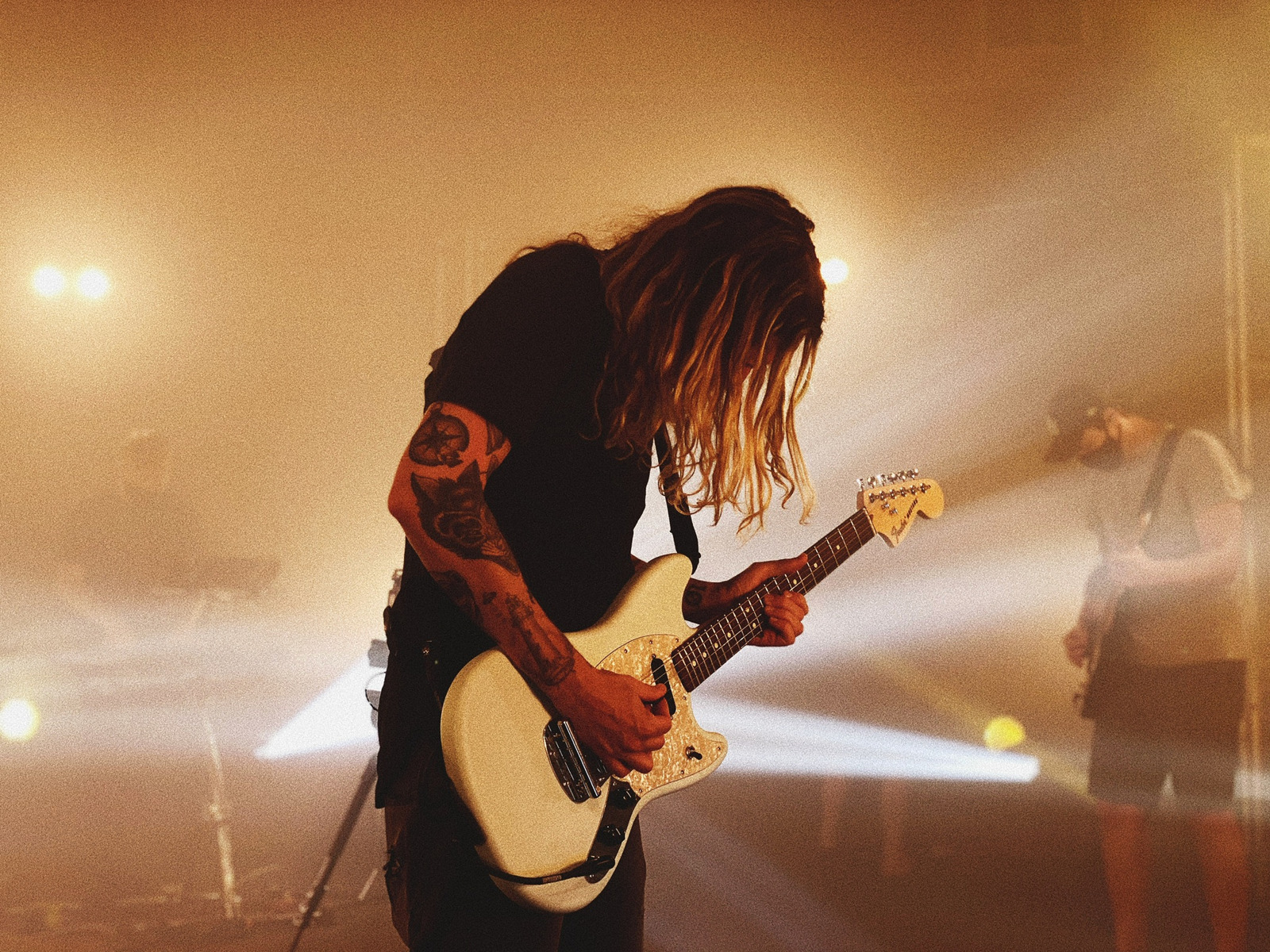 The GRAMMY-Nominated hard rock band Underoath trusts an array of Sennheiser microphones and wireless technology to livestream an epic concert series, making sure that dedicated fans get their live music fix.

The only one to make it through an entire Underoath set is a Sennheiser e 935. With all the sweating into it and diving into crowds. It makes our vocals sound the best, regardless of how I’m singing.   Spencer Chamberlain, Vocalist, Underoath

The three-part concert series Observatory kicked off this summer with a weekly live performance of one of Underoath’s beloved albums in full. Each concert utilizes a complete touring production and ground-breaking stage design, built exclusively for these online performances. To ensure fans get the full concert experience, Underoath relies on Sennheiser microphones, in-ear monitors and instrument wireless to achieve their signature sound. Sennheiser has been the trusted partner for Underoath for many tours over the band’s illustrious career. To achieve the group’s trademark sound and give fans the same transformative, sensory experience they expect at an Underoath show, the band depends on Sennheiser equipment all over the stage and instruments. For Underoath: Observatory, no detail or flourish is spared to create an authentic ambience for the audience.

"The gear is not only road ready and indestructible, but it sounds great night after night."

Underoath uses MD 421-II cardioid dynamic microphones on the tom-toms and guitar cabs to ensure clear, unobstructed sound reproduction. The rugged microphone has been a constant for vocalist and drummer Aaron Gillespie, as well as guitarists Timothy McTague and James Smith for many touring cycles, thanks to its full-bodied cardioid pattern and five-position bass control. “Sennheiser has been a massive component of our live show for over a decade, so making sure we had the same gear for the Observatory shows was a no brainer,” says guitarist Timothy McTague, “The gear is not only road ready and indestructible, but it sounds great night after night. I use a lot of their stuff in my studio as well and it’s always top notch.“

Vocalists Spencer Chamberlain and Aaron Gillespie both entrust the e 935 vocal stage microphone to carry their voices over the intense guitar riffs, thumping bass lines and fierce drumming. Designed to perform well under pressure, it produces a detailed and natural vocal output that cuts through and compliments the instrumentation.

“I’ve gone through what feels like a million microphones and the only one to make it through an entire Underoath set is a Sennheiser e 935. With all the sweating into it and diving into crowds. It makes our vocals sound the best, regardless of how I’m singing. Whether I’m singing falsetto, singing full voice or full on screaming,” says Chamberlain.

According to Underoath’s longtime front of house engineer JJ Revell, “the e 935s were able to get us to studio-like vocal quality right out of the box. You can’t ever go wrong with a few MD 421s on guitars and toms. The midrange in our guitars are a huge part to the sound of the band – the 421s perfectly capture them.”

Despite the economic challenges COVID-19 has presented for touring musicians, Underoath has found success with this new livestreaming model. The Underoath: Observatory series has sold close to 15,000 tickets, enabling the group to continue bringing their energy and music to fans while making up for lost revenue. The final Underoath: Observatory show took place on Friday July 31, 2020 and featured the band performing their breakthrough album “They‘re Only Chasing Safety” in full.